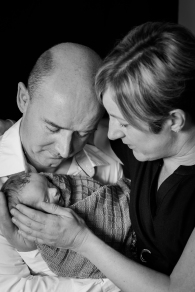 Beautiful Bobby Fortune was our much wanted second child. Our journey to have a second child has been one of heartbreak and repeatedly picking our shattered selves up off the ground. After our Lily’s arrival in 2012, following our first miscarriage, we suffered two further miscarriages at 10 weeks during 2014 and 2015 where heartbeats were there and gone and grieved for. To prevent further loss, we embarked on an IVF journey with pre implantation embryo screening (PGS testing). This was to reduce the risk of further heartbreak and months of climbing back up again. As far as we knew we had a healthy baby on board. The moment you see your little baby’s heart beating on the screen, you literally fall head over heels in love. We had crossed so many T’s and dotted so many I’s; the shock of hearing there was something wrong on March 1st 2016 was breathtakingly enormous. I remember trying desperately to sleep that night; but it was a night of fear, devastation and disbelief. On March 1st Bobby was diagnosed at his 21 week scan with a serious birth defect with a 50% survival rate called CDH. Congenital Diaphragmatic hernia occurs in approximately 1 in every 2,500 births and its cause is not yet known. CDH occurs when the diaphragm fails to form or to close totally, an opening allows abdominal organs into the chest cavity and this inhibits lung growth. The utter shock and devastation we felt at this scan is still hard to articulate. I remember how I was feeling around that time of my life. Life was darn good with my wonderful four year old daughter Lily and my amazing husband. I had just qualified as a Life and Executive coach after 6 months of an intense self-development course; something I had put on hold a number of times due to pregnancy loss. We had plans; we were so excited to be this far along in our pregnancy with Bobby, we really did feel on top of the world. And in an instant we were on a new journey that can only be described as a rollercoaster ride you never want to be on.  Following Bobby’s diagnosis, we went on a 14 week rollercoaster journey with him during which time he showed everyone his fighting spirit and made us so incredibly proud and full of love. There were times we thought we might lose him and even moved our lives to Belgium for in utero surgery which sadly was not meant to be. Each week we would hope for some better news; Bobby’s prognosis started off as 50/50 but quickly depleted due to further complications which impacted his lung development.  Unfortunately Bobby came early at 34 weeks 2 days and passed away 7 hours later; sadly his lungs did not match his incredible spirit. Today, we are devastated and finding our way on our grief journey. Bobby gives me strength every day to get up and put my best foot forward. Bobby has an incredible big sister Lily who grieves his loss. We are determined to build a future where we feel joy again, after all our little girl deserves this and this is what my son would have wanted.